skip to main | skip to sidebar

Brussels is introducing a new layer to the city based on traditional humanistic values inherent in European culture. An organic matrix of democratic spaces is installed over the existing city structure into carefully studied crosspoints.

European culture is also a culture of slowness, communicativity, conversation, contemplation. It has to clearly distance itself from over productivity, self-inflicted stress, dominance of invented powers not based on real reality which are about to destroy the global ecological balance and mental health of modern man. 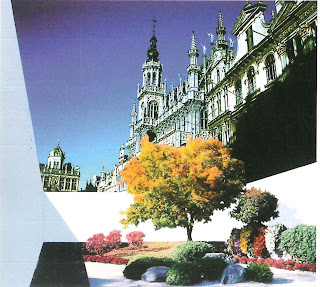 Human Layer spaces are democratic offerings of the city of Brussels as an example of a modern European community. 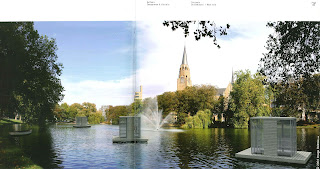 Small-scale encounters prepare for he coming together of cities and nations.

1. Lighthouse
- Series of spaces for reading in silence
- Each tower will be thematically specified for drama, justice, sports, humanism, antiquity, media, mysticism etc.
- Ascending over the rooftop level passing by shelves filled with mysteries and knowledge. 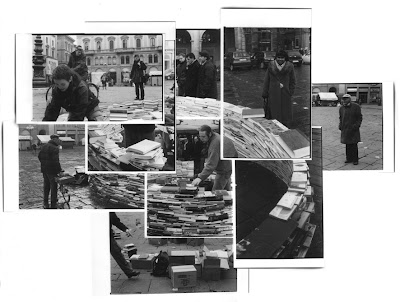 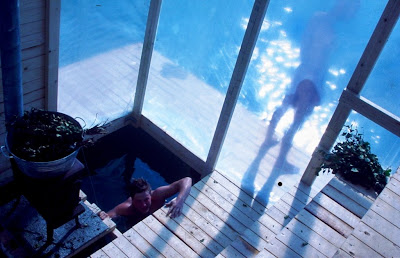 3. Firehouse
- Open air structure containing a fireplace, benches and firewood.
- Possibility of discussing around the fire. Smell of smoke in the clothes. 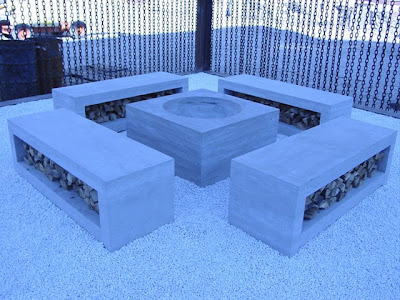 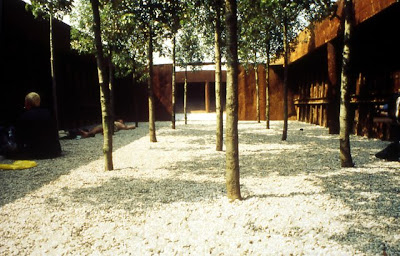 
The hacking rhythm of life with no space to see the horizon, no supporting values to look for the horizon.

Consuming without questioning and destroying nature which cannot be seen around and so making all this easier. Nature being a loser in economical speculation.

Globalization is concrete in the means of pollution. Economic speculations are fictive. Streams of material are close to reality. Pollution is reality. The responsibility of environmental design is lost to fictive economic speculations with no connection to real reality. Surroundings shaped by no real values will destroy us. Design has replaced reality.

A bear has hair because it is hairy and not because somebody has decided so. 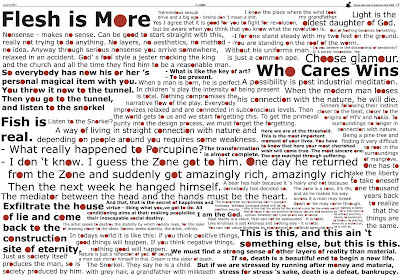 Urbanism is turning into the designing of objects, city planning inhuman. A modern metropolis brings a new perspective to the urban development. Responding to the new urbanism with its chaotic, unpredictable energies and hidden orders – this energy (qi) is the start of a new era. The underground of real reality has to surface. 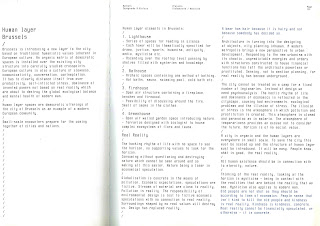 The city cannot be treated as a camp for a fixed amount of legionaries. Instead of design we need psychoanalysis. The hectic rhythm of life and dominance of economics is reflected in the cityscape, causing bad environments, ecological problems and the illusion of stress. The illusion of stress is the atmosphere in which pollution and prostitution is created. This atmosphere of temporariness provides an excuse not to consider the future. Horizon is of no social value. 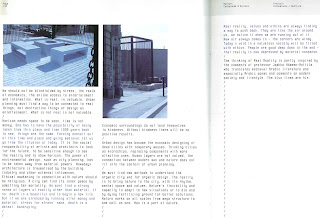 A city is organic and the human layers are everywhere in small scale. To save the city this must be scaled up and the structure of Urban Acupuncture must be introduced. It will be easy. People know, what is good, the real reality. All human existence should be in connection with the eternity, nature.

Thinking of the real reality, looking at the horizon is mysticism – being in contact with the realities that are behind the reality that we see. Mysticism also applies to modern man: Old people are not shot as they should be according to laws of economics. People sense it is not kind to kill the old people and kindness is real reality. Kindness is just kindness, concrete. Real reality cannot be financially speculated, or otherwise – it is concrete.

We should not be blindfolded by stress, the realm of economics, the online access to entertainment and information. What is real is valuable. City must find a way to be connected to real things, not destructive things or design as entertainment. What is not real is not valuable.

Horizon needs space to be seen, time is not money. One has to have the possibility of being taken from this place and time 1000 years back to see, things are the same. Forcing oneself out of this time and place and going medieval let us go from the illusion of today. It is the social responsibility of artists and architects to look for the future, to be sensitive enough to see the reality and show the horizon. The power of environmental design, such as urban planning, has to be taken away from material speculations. Nowadays architecture and art is traumatized by economics, entertainment, shock values and other external influences.

Ethical awakening in connection with nature should be religious. A city can find its inner peace by admitting her mortality. We must find a strong sense of layers of reality other than material. If so, death is a beautiful end to begin a new life. But if we are stressed by running after money and material, stress for stress’ sake, death is a defeat, bankruptcy.

Economic surroundings do not lend themselves to kindness. Without kindness there will be no positive results.

City has grown hard and dead with temporary masses, thinking cities as microchips, replacing components with more effective ones. Human layers are not valued, the connection between the modern man and nature does not fit into the context of the urban amusement park.

Urban Acupuncture is trying to find new methods to understand the organic city and its energies, it is trying to bring in the reality of nature to the city, with its rhythms, mental space and values. Nature’s flexibility and capacity to adapt to new situations or to die and by dying fertilize ground for better solutions. Nature works in all scales from mega structure to one cell as one. Man is part of nature.

Real reality, values and ethics are always finding a way to push back. They are like the air around us, we notice it when we are running out of it. New air always comes in – the corners are windy. Today’s void in a valueless society will be filled with ethics. People are good deep down in the end – that reality is now depressed by material nonsense.

The thinking of Real Reality is inspired by conversations with Professor Jaakko Hämeen-Anttila, Helsinki University department of Arabic studies. The italic lines are his.
---- 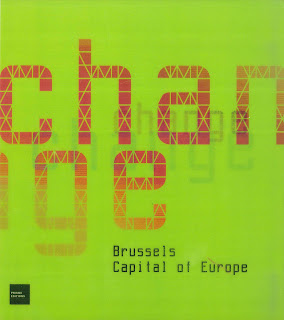